The Mozabite man is distinguished by

his grooming, and his authentic traditional dress, which is part of his identity, including 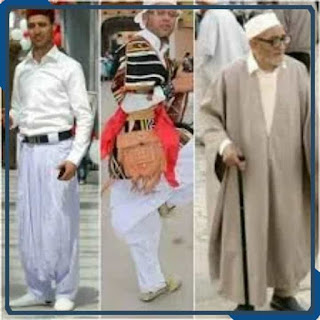 At first it was a red fez like the Mashraqa in the Levant and Tunisians, then it developed into a white Sufi cap, and the white cap that the Mozabite man puts on his head is called "Achachit".  All circumstances, and he wears it at religious events, parties and weddings, the young child, the young man, and the old sheikh wear it, and adults may wrap it around a "quilted" gauze, and it is not customary to enter mosques, and public parties without the veil and the head is bare, as it is considered one of the virgins of chivalry

It is a jabba of white wool, and under it is a linen shirt, called "tishbert", and it is a general Moroccan dress that was used in the past from wool in the traditional woven in all homes 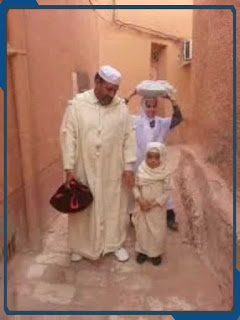 It is a Moroccan garment woven from wool, or from thick and coarse linen for heating, called "taqshabit" mozabite, and it is worn in winter because it protects the body from cold, wind, and rain. It has many benefits during going out at night;  For cover-up and disappearance, especially during night watch and trips to the desert, and it is often the white cream for the mosque, and public parties.  The work took off Al-Qushabiyeh, and he worked without it 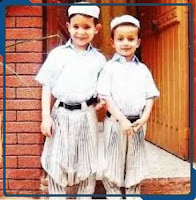 At first it was made of wool that a man wrapped around his head and neck in the winter, or he pulled it with white or black woolen threads he wrapped over his head like a turban, and he might tighten it with a small turban made of white gauze, and when he felt warm, he might take off his quilt and keep the gauze to protect it from the sun's rays, and not  His head is kept naked except when sleeping, and the quilt has turned from wool into a thin white cloth. The man wraps it around the head in a special way, and he wears the unicorn or Irawan students instead of “my hwalli” for other than public occasions, which is the uniform for sitting in the Qur’an recitation boards, and sitting is not allowed  In other councils of the Qur’an, which are wrapped around the head in a different way, to become a gauze for the Free Desert, or a veil like the Tuareg men, so that only his eyes appear from the man’s face 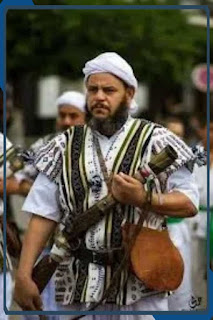 The Mozabite man is distinguished by his traditional attire, and from the Arab trousers of Turkish or Kurdish origin, which is wide and loose-fitting pants, which he goes out to the market in the morning, and to meet his needs, and in the past, the man wore trousers below the knee with a takah, and a wide belt of leather with which he pulls his waist over the robe, and a knife hangs  In his red leather sheath on his left side, he does not leave him in all circumstances, and the Mozabite man wears it during work, and at times other than prayer and going to the mosque, so he takes him to the forest to work, and even climbing the palm, and from it the dress of trousers or the long pink pangs is strongly disliked in the nustreets  City
Next Post Previous Post
trending