Tamimoun abounds with many archaeological sites, including Draa Palace. On the way to this historical landmark, you are accompanied by complete silence and a terrible mirage, towering sand dunes and vast areas of land that are still waiting to be explored, especially since in this part of the land there are places  No human foot has set foot on it. 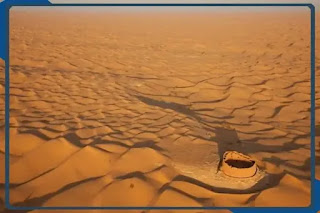 Draa Palace * suggests the atmosphere of the novels of One Thousand and One Nights, like a luxurious building that appears out of nowhere, in the middle of the race, and it is in terms of location isolated from the outside world, although it is located between the municipalities of Awlad Said and Qasr Kaddour at a distance of no more than 30 kilometers.  Once you reach the palace, you will get a strange impression. The place is charming, how was it built, and by whom?  And why? Many questions remain unanswered. The best place to visit is, as no studies have been issued on the architecture of this monument in an attempt to clarify the ambiguity around it, as it lacks historical and artistic documentation, as its walls are devoid of any inscriptions, just as there are no history books  The area has no clear signs of this palace.

Few people in the area who know the palace can provide any details, other than that it is a palace inhabited by a Jewish tribe, but what is the role of this palace? They told us a theater or a military center, and even a prison, others say, while others go to describe the palace as a fortress  Because of the nature of its defensive walls and fortifications, and the places of arrows are clear in its outer wall, and another saying that these people circulate is that in the eighties of the last century, an American scientific team came to Timimoun, and contacted the most famous guides in the region, they carried with them equipment and penetrated into the great Western race and after they crossed a sea of  Sand arrived at a strange isolated palace, unknown to the residents of the area, then the Americans asked the guides to leave them alone and not return to them until after a whole week has passed.. No one knows how the palace was located, so they came on a search mission, but what they found, which is  The question that remains unanswered has not been answered. 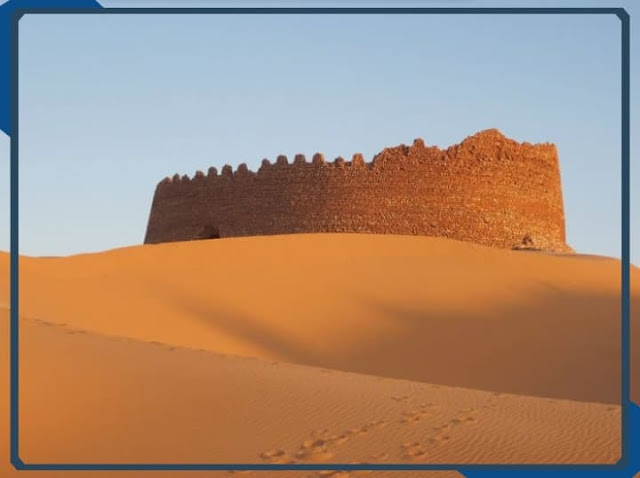 The great fortress was built of stone and mud with double walls, and its architecture came in a circular shape.  From the inside, it consists of 3 floors, but all of them have collapsed. Nothing remains of them except evidence that they were present, but I used stairs to go up to the upper floor. There are many rooms that were not connected to each other and there are no windows overlooking the outside. Entry to the palace is through  One door, and its walls are topped by a watchtower with a height of 2 meters. This fort is a witness to a period of past wars, and it is clear from these rooms and basements scattered in the palace that there was a human civilization