The popular food is "crackle".
The “Al-Shakhkha” dish, the popular dish, is a luxurious traditional dish. “Al-Jaza’iriyah fingers are creative in preparing them with sincerity and sincerity. 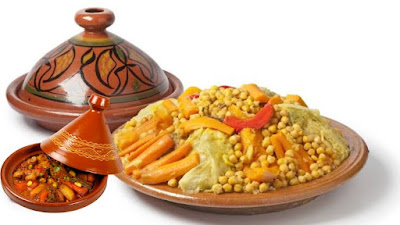 The origin of "Al Shakhkokha", a popular food, goes back to antiquity, and it is one of the few dishes that has stood the test of time. A popular memory It is said that the Jews of the ancient city of Masila were the ones who invented this dish, which was born from the womb of Tabqa, as it was previously considered a poor eater, but soon it began to take its place among all the luxurious traditional dishes until he took the throne and became a competitor to the “couscous” dish. Folk food. On the title of Lady of the Algerian Table.
“Al-Shakhkha”, the popular food, is widespread in many regions of the Algerian East, and the method of preparing it differs from one region to another. There is:
1- The rattling rattles, which are of two types: the rattling of strife, which is present on occasions and feasts, such as the first of Muharram and the day of Ashura, and the last day of the day of al-Mawsili. wedding. The women of the groom’s family prepare this dish and serve it for lunch in honor of the bride’s family as well as those who have been deprived of the groom’s family. There is another category, which is the “marsh rattle” and the latter is attended by housewives for people with special needs, as well as guests..etc.
2- “Al-Shakhkokha” in Biskra: It is not different from “Al-Shakhkokha” for the messila mariachi, but the people of Biskra add to it a boiled potato cut in half.
3- The victorious rattle of Constantine: It is one of the famous types of rattling in the north of Constantine (Constantine - Setif - Mila - Skikda - Qalam) and is different from the Masiliya "Shakkokha". It is cumbersome and requires time to prepare tortillas or crumbs, which are prepared either by using special nets made of thin wires, where the wires are intertwined to form small squares, or by using nails to cut them into small pieces. squares, then dry and cook afterwards. 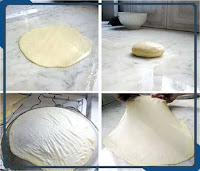 She prepares the Miscella "shakhkha" from tortillas, which is a mixture of flour, water and salt. The housewife makes a large dough with her hand, then divides it into small pieces of dough, then paints the table. Then take a small dough and begin to open it with my hands until it forms a large slice, then put it in an iron tajine and leave it for a short time, then remove it and break it, i.e. cut it with the fingers of the hand to become crumbs, which is used to prepare the “shakhkokha” crumbs. Steps But the difference lies in how they are cut. After removing the latter, the housewife immediately cuts it (or cuts it as chicken feathers) into long pieces and puts them in a bowl for a dish so that they do not knead. 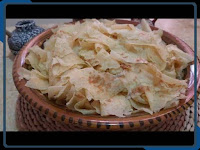 As for the broth, it is a popular food. It contains many ingredients such as chopping onions and garlic, chopping tomatoes, soaked chickpeas, olive oil or table oil, chicken or meat, in addition to a variety of spices such as salt, hot pepper, hot red pepper, etc. ., and water.
After cooking the broth and preparing the crumbs of the popular food, the final stage comes, where the broth is placed in a clay pot over a low heat, and when the broth begins to boil, the housewife begins to boil. Begin adding the crumbs to the broth and make sure to stir the mixture with a wooden spoon. So that the crumbs do not stick together and leave for a short time, then we remove the pot from the fire, so that the dish is ready to eat, the members of the same family gather around the table in an atmosphere full of simplicity and joy. This is what popular food adds to the hearts of young and old by linking the present with the past. 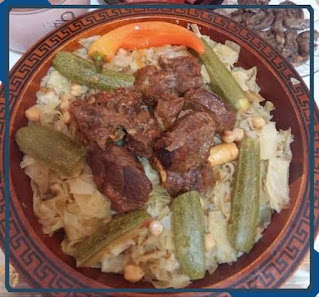