The Algerian desert is legendary for one of the most important and prominent tourist areas, Timimoun (220 km north of Adrar Province), nicknamed the Red Oasis.  Timimoun is a creative painting or mosaic made of sand dunes, palaces and palm oases.  in the meantime. 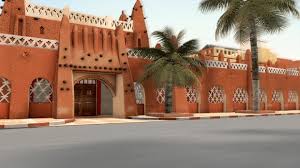 Tamimoun, which is located in the southwest of Algeria, 1400 km from Algiers, is a refuge for everyone who tries to find warmth in the winter, as the tourist prefers to visit it during the period from October to May of each year, where he knows the warm weather in addition to his picturesque nature, especially the sunset view  The sun as it disappears between the dunes until it meets the bottom during an extremely rare sight.  The red palaces of Timimoun What distinguishes Timimoun besides its nature, are its palaces and

houses built of red bricks, and from it Timimoun took its name, meaning the red oasis, in reference to the color in which the houses were built, surrounded by fields and palm oases that are irrigated from the wells connected to them.  Everyone is called poor. Palm oases inspire peace, comfort and tranquility, consistent with the calm prevailing throughout the Red Oasis.  Its red houses are the first thing that can catch your eye as soon as you set foot on its land.  Red brick is a basic element of construction and architecture.  Even the palaces were built with local red bricks, causing everyone who visits to describe them as a "red oasis".  In Timimoun there are about 40 palaces in which the people of Timimoun live.  The oasis and thus the palace are residential compounds surrounded by fields, orchards and palm oases that give the palace the splendor of the picturesque nature.  In the old days, and before the people of the oasis invented those red palaces, they were building residential communities, referred to as "Kasbahs", which are ancient residential communities built on mountaintops, under which there is a cave that covers it.  Anticipating any invasion or war, and thus becoming a haven to escape from the enemies, above that cave, four high watchtowers reveal to them the distant horizon.  A number of ancient kasbahs built by Algerian ancestors date back to the 12th century.

Among the most important of these kasbahs is the "Izer" kasbah, which is about 40 kilometers away from the city of Tamimoun, and under which a very large cave extends.
"Extreme" is an important kasbah that remains until now one of the most important tourist destinations for visitors to the region.  There is also the Kasbah «Aglad», which is located 60 km north of the city.  Timimoun Oasis's climate is also characterized by hot summers and warm winters, with an average annual temperature of around 25°C, or about 77°F, with little rainfall throughout the year.  Zenatia, dense palm oases, desert vegetation, and palaces built among sand dunes, all painted a hospitable canvas of the vast desert nature.  Earth, a view that will only be seen in vast deserts.  Historic sites As for the most important historical monuments in the region, "Zawiyat al-Dabbagh" comes at the top of the list.  It is a military barracks that was used during the time of French colonialism in the year 1900. It was built in the manner of the old palaces, but in recent years it has become a spiritual corner, and therefore the oasis includes some monuments. Built by the French like Bab al-Sudan is thcient entrance to the city, it was a gateway for trade caravans to cross into Africa, and thus the Hotel Guerara on the sting of the city, a building designed by the French architect Fernand Bouillon. 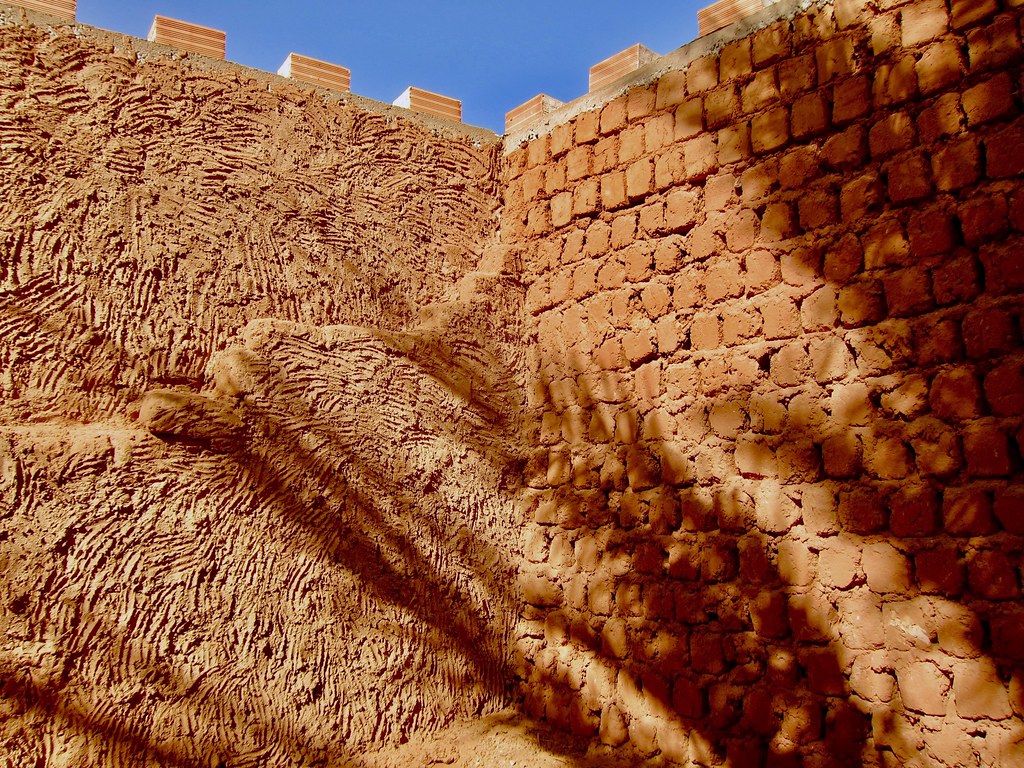 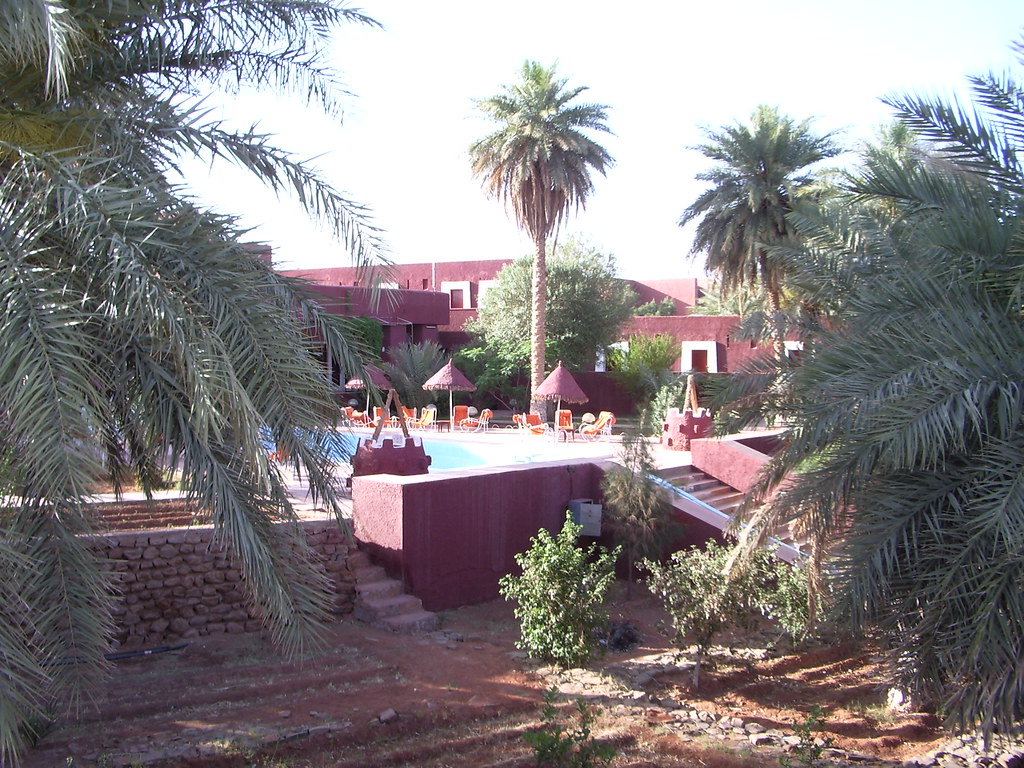 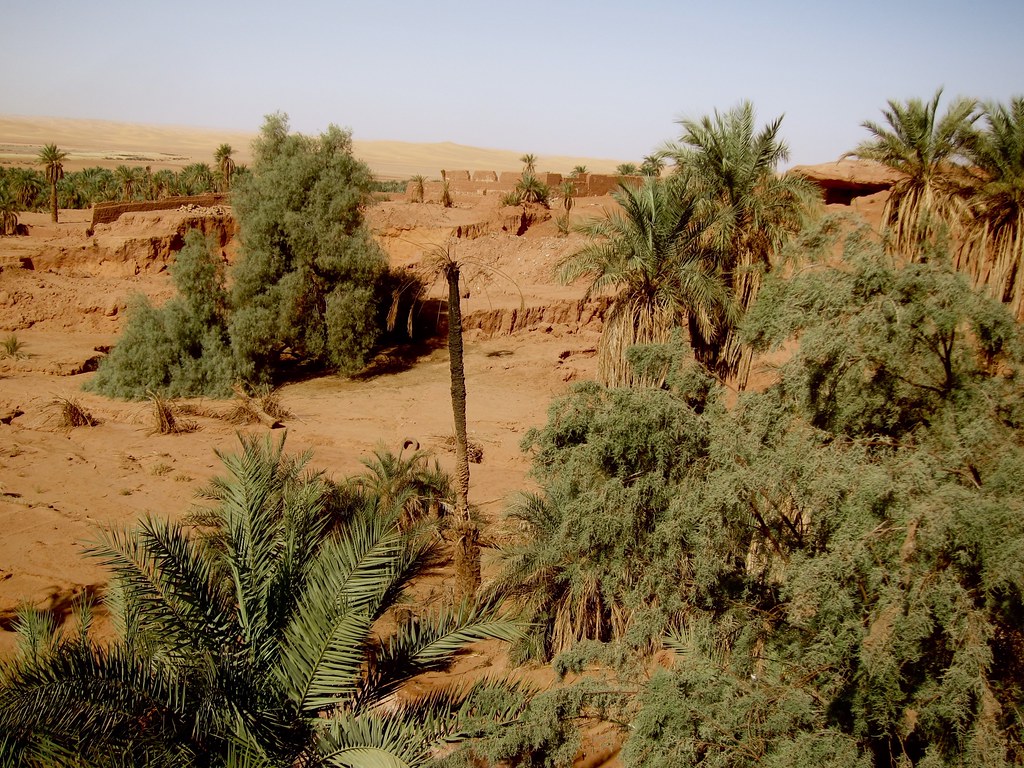 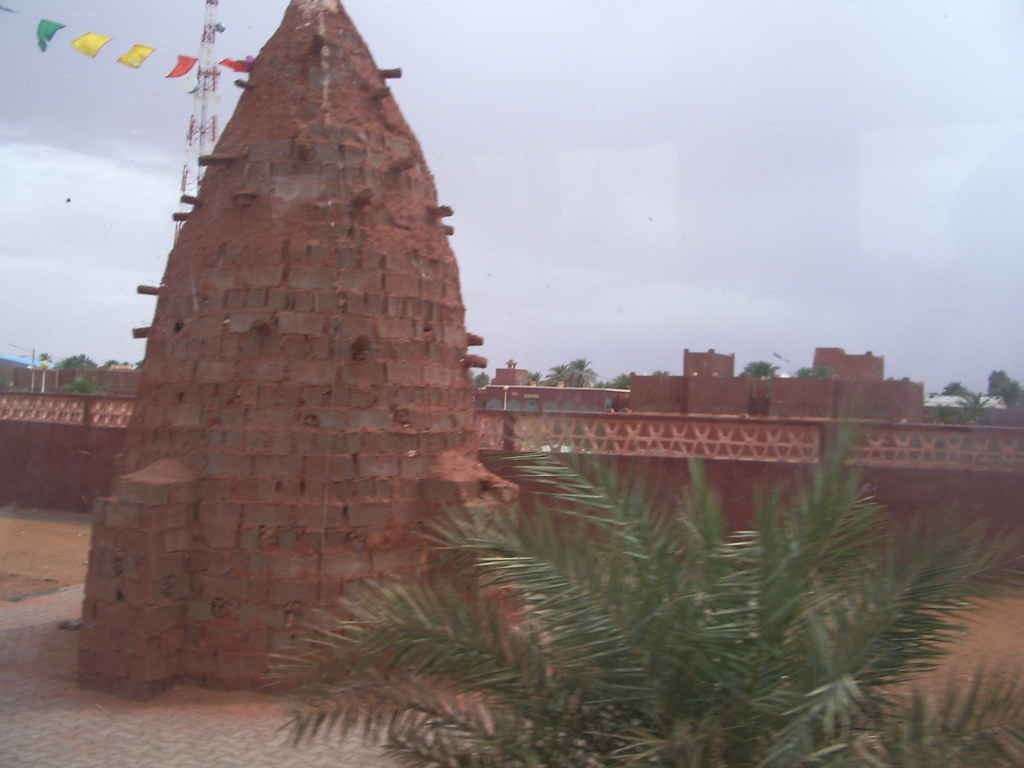 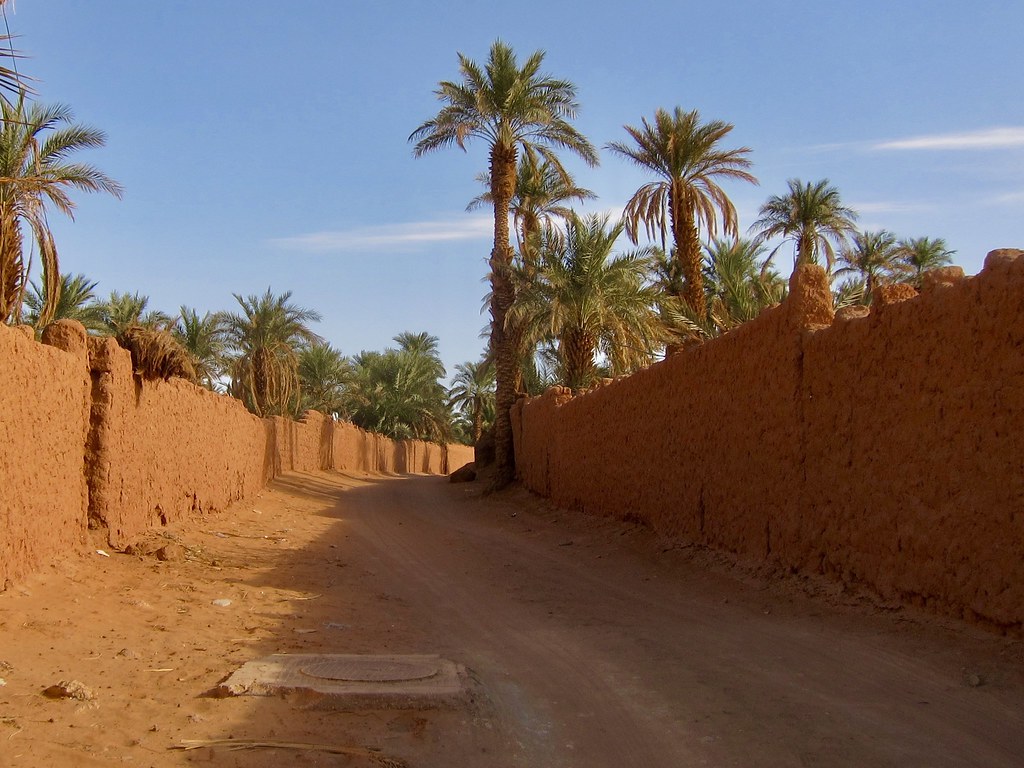 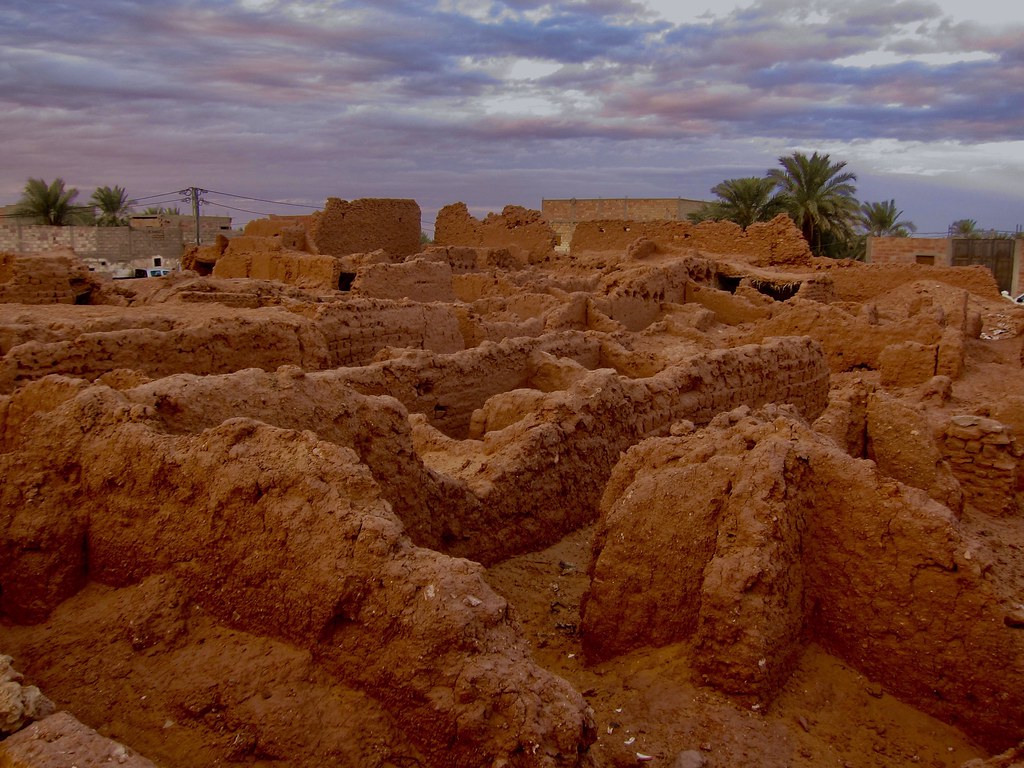 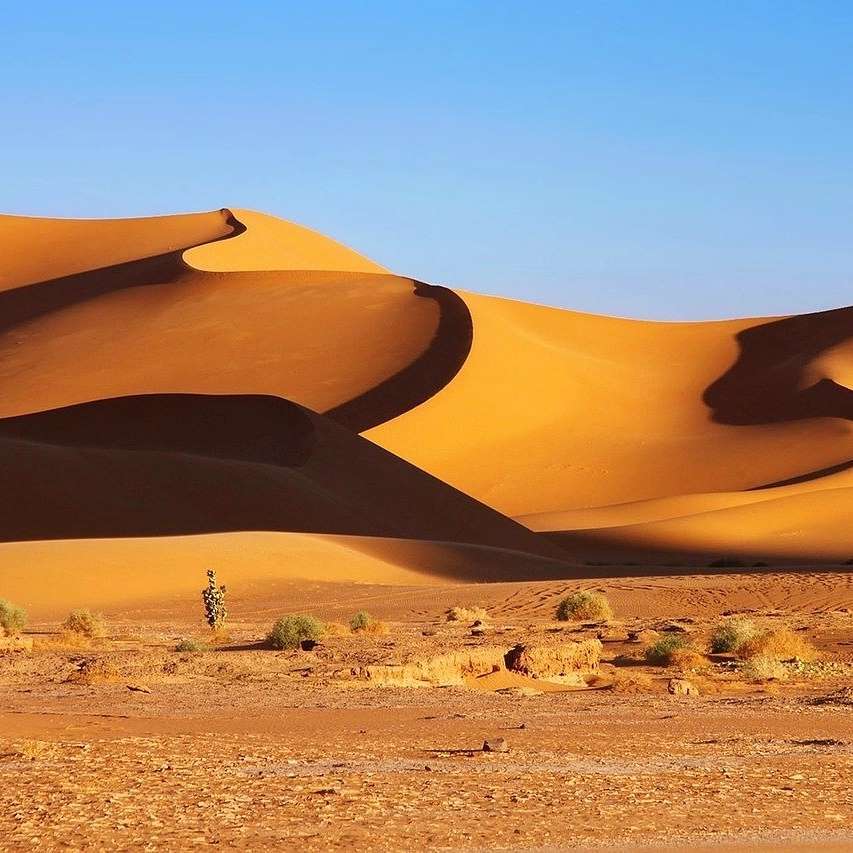 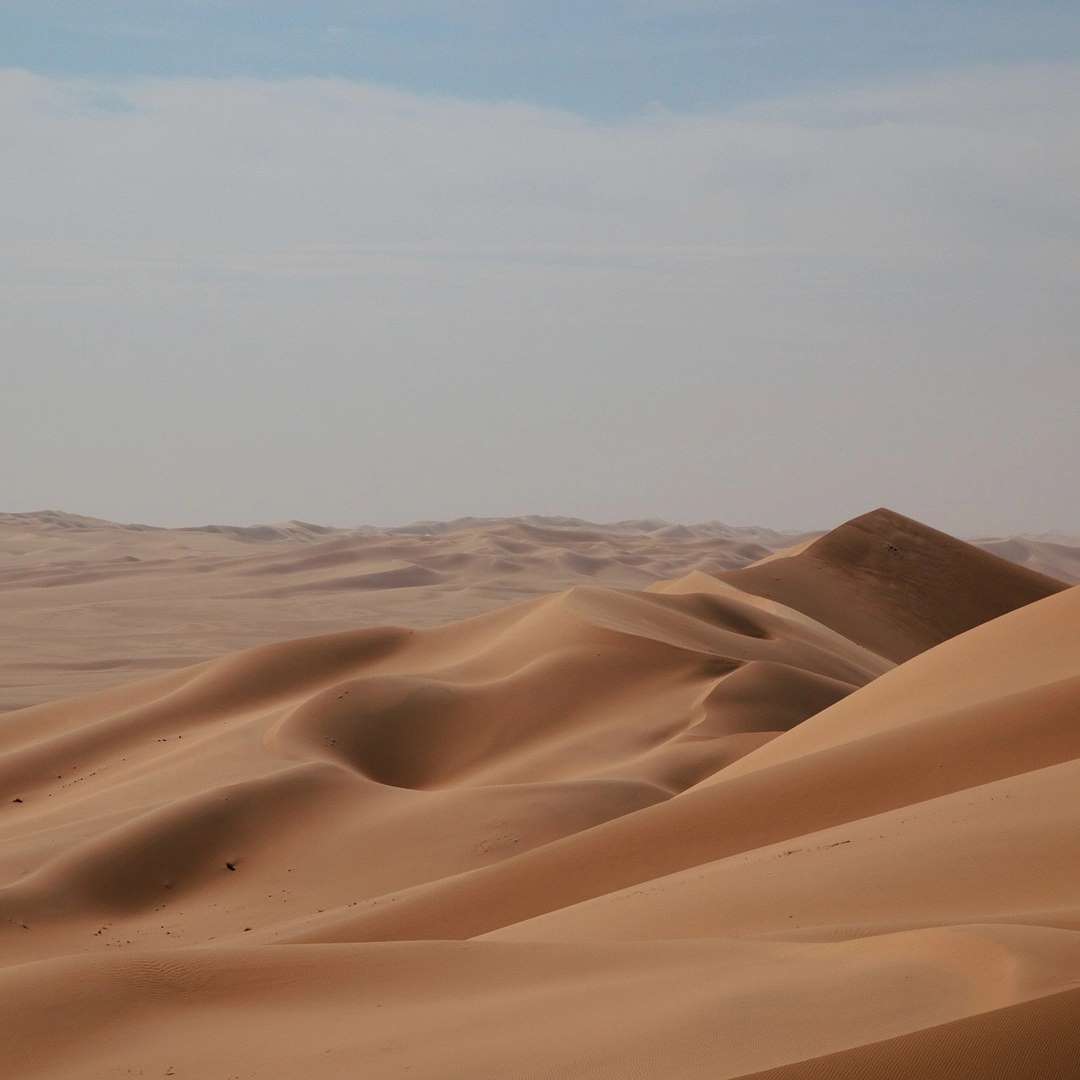 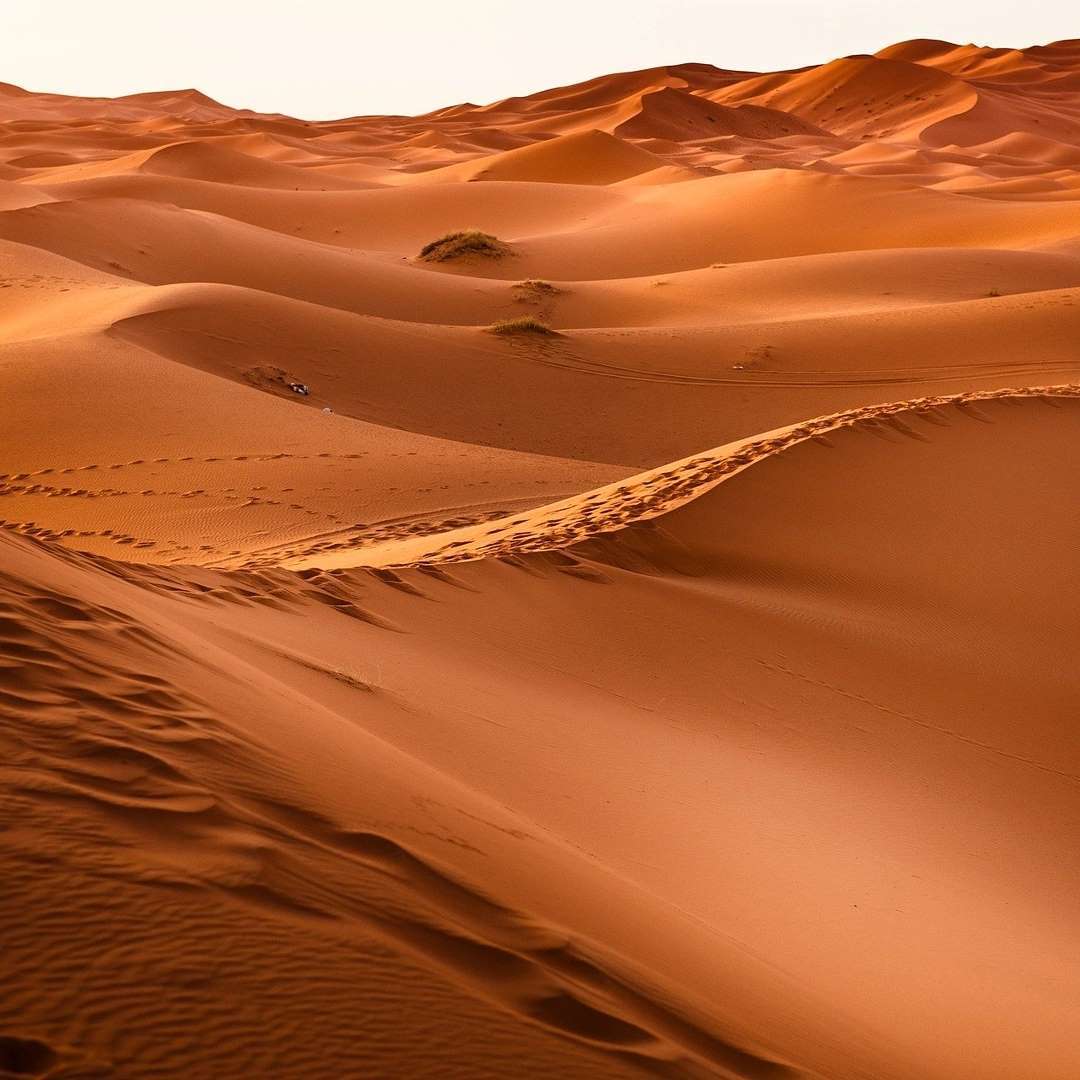