This type of singing was prevalent in the Tamimoun region and its environs since ancient times, and was known before Islam as “Aznoun” to bear the current name “Ahlil Guarara” [Algerian lyrical heritage threatened with oblivion].  Some believe that this name is derived from the people of the night, given that this singing is performed at night, while others associate it with the crescent moon, and others say that the word came from the praise of God and from the phrase “There is no god but God.”  Al-Ahlyl is a huge poetry collection for the southern man in Algeria.  Ahleil is a type of singing inherited from the Algerian desert.  His sung words deal with the lives of the Companions and the righteous saints, which is what made one of the specialists consider it a Sufi song inspired by the Tijani and Qadiriyya orders spread in Algeria and the Maghreb region. 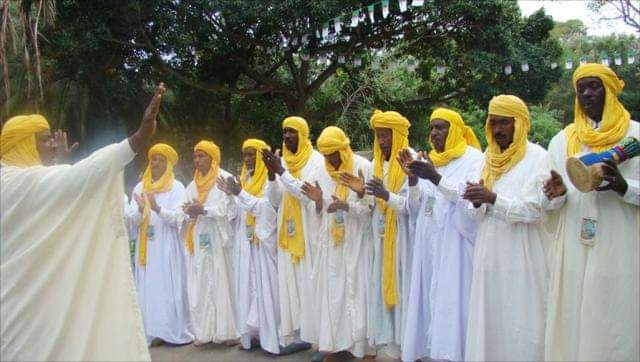 Women and men participate in the performance of the crescent, as they stand chanting the same words accompanied by applause that matches the melodies that support the movements of their bodies.  It is performed by teams that usually consist of seven singers who are in public places during the night on religious occasions and weddings or when visiting the shrines of the righteous saints.  One of the researchers believes that there are two types of this art. The first is called Taqrabet, and is performed sitting with musical instruments, especially on religious occasions, and the second is Ahleil and is performed standing using the flute and the drum. 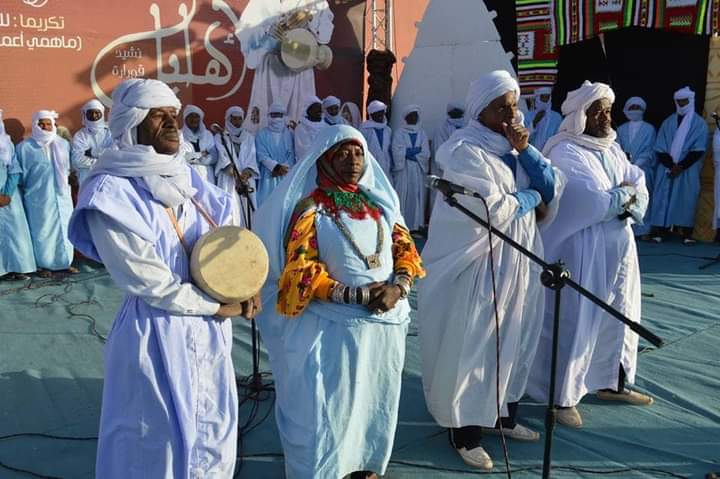 The Saudi poet and researcher in the folklore, Muhammad Aziz Al-Arfaj, believes that the method of chanting and applauding in the Ahleil of Qurara is similar to the method of the Najd ardhah in the Najd region in the middle of the Arabian Peninsula, especially the Hijazi art of Qilta, which moved to Najd, and that other methods such as rounding the circle by the participants and the presence of a person in the middle  He improvises poems similar to the southern way, especially in the Asir region, southwest of the Arabian Peninsula, and north of Tihama. 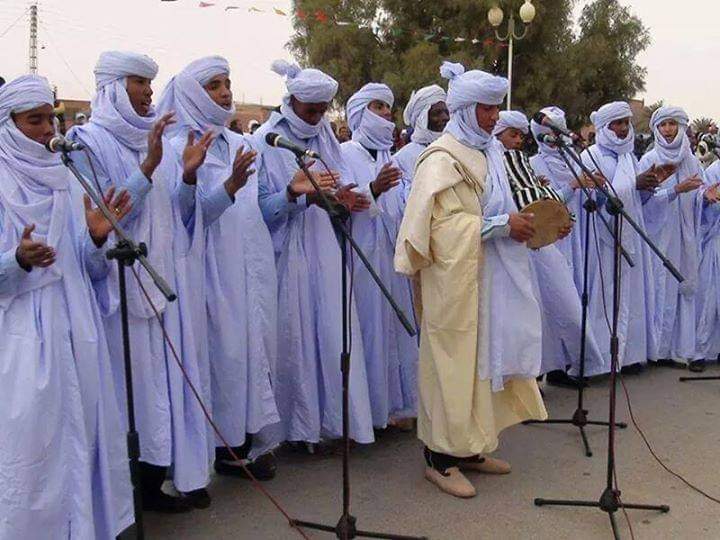 There are several instruments that are employed in Al Ahlyal, which are Zamzad, Tabla, and Tamja.  As for the sung poems, if they are dominated by Sufi and religious poems, they also deal with worldly topics such as love, war, fame, dignity and kindness. Among his most famous songs is the Greatest Prophet

The Saudi poet and researcher in the popular heritage, Muhammad Aziz Al-Arfaj, mentions that the poetic weight prevalent in the improvisation of the poems of Ahleil Qurara, including this famous poem, corresponds to the sea of ​​​​reflection in eloquent poetry by increasing its activation on it.  The Najd region has known this weight since ancient times through the famous Najdi poet Humaidan al-Shuwaier, who is considered the first to weigh it in Najdi folk poetry, and its repeated rhyme is known only to the residents of southern Yemen on the coasts of southern Yemen, and they know him as al-Shawani as well as al-Shabwani.

Among the world heritage monuments:

Ahlil was chosen as the first Algerian heritage to be classified globally by UNESCO on the List of Intangible Oral Heritage.  It is a collective singing and dancing style that ranges from chanting to oral poetry and pure music emanating from the golden throats of the Sahrawis and with simple musical instruments.