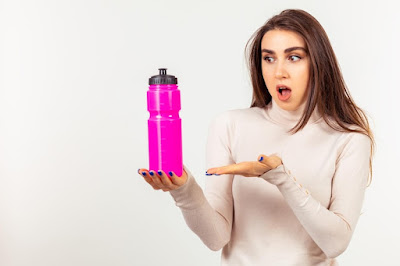 Energy drinks aim to boost energy, focus, and alertness, and are growing in popularity among consumers of all ages. But some health professionals have warned that energy drinks may have serious consequences, prompting many people to question their safety. This article describes the benefits and harms of energy drinks, and provides a comprehensive review of their health effects.

What are energy drinks?

Energy drinks are drinks that contain substances that are marketed to increase energy and mental performance. The most famous examples of these products are "Red Bull", "Our Energy-5", "Monster", "AMP", "Rockstar", "NOS" and "Full Throttle".
Almost all energy drinks contain caffeine to stimulate brain function and increase alertness and focus, but the amount of caffeine varies from product to product. The following table shows the caffeine content of some popular energy drinks:

Energy drinks also contain many other substances in addition to caffeine. The following are examples of some of the most common:

Usually the main source of calories in energy drinks, but some do not contain sugar, as they are classified as low in carbohydrates.

plays an important role in converting the food you eat into energy that your body can use.

such as taurine and carnitine, both of which are made naturally in the body, and have a role in many vital processes.

Guarana extract is likely to add more caffeine, and ginseng may have positive effects on brain function.

People use energy drinks for a variety of reasons. One of the most common reasons is to increase mental alertness by improving brain function. But does research show that energy drinks provide this benefit? Several studies confirm that energy drinks can actually improve measures of brain function, such as memory, focus, and reaction synchronization, while also reducing mental fatigue. In fact, one study in particular showed that drinking just one 500ml can of Red Bull increased focus and memory by 24 percent. Many researchers believe that this increase in brain function may be attributed solely to caffeine, while others speculate that the combination of caffeine and sugar in energy drinks is necessary to obtain a greater effect.

Energy drinks can help tired and stressed people function. Another reason to consume energy drinks is when you are tired or sleep deprived. Drivers on long night trips resort to energy drinks to help them stay alert while driving.

Several studies using driving simulations have found that energy drinks may increase driving quality and reduce drowsiness, even in sleep-deprived drivers. Similarly, many night shift workers use energy drinks, to help them get work done during the hours when most people sleep. Although energy drinks may also help these workers stay alert and awake, at least one study has reported a negative impact of energy drink use on sleep quality after their shift.

In some cases, energy drinks may cause heart problems

Some products are high in sugar

Most energy drinks contain large amounts of sugar. For example, a 250ml can of Red Bull contains 27 grams (about 7 teaspoons) of sugar, while a 473ml can of Monster contains 54 grams (about 14 teaspoons) of sugar. Consuming this amount of sugar will raise blood sugar in anyone, and if you have difficulty controlling your blood sugar or you have diabetes, you should be more careful with energy drinks.
Consuming sugar-sweetened beverages, like most energy drinks, increases blood sugar, which can be harmful to health, especially if you have diabetes. This increase in blood sugar levels is associated with increased levels of oxidative stress and inflammation associated with the development of nearly all chronic diseases. But even non-diabetics should be wary of the sugar in energy drinks. A study reported that drinking one or two sugar-sweetened beverages a day was associated with a 26 percent increased risk of developing type 2 diabetes.
Fortunately, many energy drink producers are now making products with less or no sugar, to suit those with diabetes or those trying to follow a low-carb diet.

It is estimated that 31% of children between the ages of 12 and 17 drink energy drinks regularly. But according to recommendations published by the American Academy of Pediatrics in 2011, children and teens should not consume energy drinks, because the caffeine in energy drinks puts them at risk of addiction, and may also have negative effects on the development of the heart.
Experts have also set caffeine limits for these ages and recommend that teens consume no more than 100 mg of caffeine per day, and that children consume less than 2.5 mg of caffeine per kg of body weight per day, which is about 85 mg of caffeine for a 34-kg child. Age 12 years or younger. Depending on the energy drink brand and can size, it shouldn't be difficult to exceed caffeine recommendations with just one can.

Can anyone drink energy drinks? And what is the maximum?

Energy drinks offer some expected benefits, increasing brain function and helping you function when you're tired or sleep-deprived, but they have a number of health concerns, particularly with regard to excessive caffeine and sugar content mixed with alcohol.
If you choose to drink energy drinks, limit your intake to 473ml per day and avoid energy doses. In addition, try to reduce your intake of caffeinated beverages to avoid the harmful effects of excessive caffeine. And some, such as pregnant and breastfeeding women, children and teens, should avoid energy drinks altogether.