Speech-fasting is a different way to get out of pressures and relieve burdens. It also has multiple connotations. Can we work on interpreting fasting while talking and talking about its experience, importance and benefits in an objective way, especially since it has a long history for various purposes. 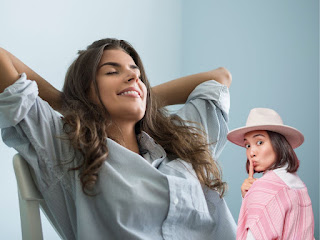 Fasting from speech is one of the ways that many people have practiced for various purposes, but recently, with the spread of Buddhism, and then yoga centers, spiritual meditation resorts, and others, fasting from speech has become one of the exercises that make a person in a state of great astonishment, and we say why, because fasting from talking makes a person alone with his thoughts. He is alone with himself, is alone with her and talks to her, reproaches her, listens to her and talks to her, all of this while he is with himself. There is no doubt that a person needs to communicate with others all the time and talk to them, but fasting for a certain period of time is able to gradually accustom a person to not talking except for necessity, and the truth Trying to understand whether this is good or not requires a lot of discussion about it, so we thought of writing this article in which we will elaborate on fasting from talking.

The importance of not talking

not talking has great and important benefits, of course you will read on the Internet a lot of experiences that talk about the difficulty of the matter in the beginning and about the fact that they saw it as silly, especially in the first two days before they reconciled with it in the following days, and perhaps there is a great exaggeration in describing it by some as the best thing they can That it happens to a person because he makes him do not want to talk to people after that, but this is neither healthy nor normal. This means a defect in your relationship with people and not a defect in talking to people in general. Therefore, the importance of fasting from talking lies in several places that do not negate the importance of communicating with people. And build bridges of communication with them and do not break them, of course.

Refrain from talking, make peace with yourself

The best thing about Refrain from talking is that it is reconciled with oneself. Reconciliation with oneself is formed in complete silence, when you start talking to yourself with all your fears, all your obsessions, all your faults, and in the end you find yourself reconciled with it, you find yourself even reconciled with the big mistakes that you used to hate until it came with its own path. With yourself before or going through something that reminds you of it, and that is what bothers you in the early days when you suffer from the psychological complexes formed by these obsessions, but when you do not find a way other than to confront them, you will find yourself in the end that you can only confront, facing all these things, and accepting them In the end, and this is, of course, the greatest purpose of these exercises.

One of the things for which fasting was originally intended to relieve pressure and relieve burdens. We live in a harsh and strict world. We run from here to here and jog between work and home, spending errands, hospitals, insurances and many more and we do not even find the opportunity to catch our breath. I know people who go to work from From morning until evening, they could hardly have a hot meal before bed until they woke up again to repeat the same cycle. Therefore, fasting was a way to relieve these pressures and mental and physical exhaustion that a person feels, and that his head is a lot of sprawling thoughts and hustle and bustle inside he wants to get rid of and relieve him. Completely, thus relieving the accumulated pressures and relieving heavy burdens is one of the most important fruits of fasting.

We live in a world in order to get along with it we have to gossip all the time, gossip with co-workers, with friends in the coffee shop, with the taxi driver, with the air conditioning repair technician, constant chatter and thanks to social media we are gasping for a lot of gossip and you can imagine you are talking With three or four people at the same time and on different applications, do you know what it means to talk with three people on three different topics, each topic has a certain nature and requires a certain feeling? Of course, the matter is extremely chaotic, strange and mental exhaustion, therefore fasting from talking, even if it seems difficult at first, especially for us and we have become accustomed to gossip, but will make us get rid of that chaos caused by gossip.

Knowing the person himself and forming his personality

Let us say that any person is a product of his environment, that is, he is a copy of all the people in his environment and would be a distorted copy and without character or personal imprint if he was overly influenced by them. He does not have his own mark or self-view of things, and from here let us say that this self-vision and character The personal cannot be formed without contemplation, and without a person’s knowledge of himself and the formation of his personality, that is, as long as he recognizes things through the eyes of others and builds ready-made visions and canned viewpoints and does not think about topics and issues, but leaves himself thus to the general mood to shape it, this person does not know anything About anything, but the greatest regret is that he does not know himself either because he did not take advantage of the opportunity at any time to get to know her, to understand her and realize her dimensions and what she tends to. A person gets to know himself through those hours that put him in the face of himself to get to know her and become familiar with her.

Refraining from talking makes you not afraid of loneliness

Why do we fear loneliness? Have you ever asked yourself why you are afraid of loneliness and for you it constitutes a genie or a violent beast that you can never imagine? Here is the truth, you are afraid of loneliness because you are afraid of yourself, because you cannot bear yourself, because if you are left with yourself, you do not know it and therefore you want to communicate more with people and get to know as many people as possible so that you know yourself through the eyes of others, and thus arise Alienation is between you and yourself, and there is no space of privacy between you, and fasting comes from talking, since it is a great opportunity to get to know the self, to be in harmony with it, to be friendly with it, to confront it with faults, mistakes, and knots, and to understand this soul and its tendencies as an opportunity, by extension, to be in harmony with the soul.